The enormous bell rings overhead, thousands of candles flicker and the smell of incense fills the air.

Row upon row of monks dressed in swathes of burgundy sit praying with heads bowed and knees bent. Hundreds of young ladies have gathered in the hall, brooms in hand, ready to sweep out all the bad luck of the past year and welcome a new beginning.

There is a festive mood in Shwedagon Paya, otherwise known as the Golden Pagoda. Poised on a hilltop in the heart of Yangon, the pagoda is the most revered landmark and religious site in the country.

I’ve arrived in Myanmar (originally called Burma, but renamed by the government in 1989) on a very auspicious date, the Burmese new year, or Thingyan, the most celebrated festival in the country.

Taking place from April 13 to 16 each year, the Buddhist festival of Thingyan is celebrated over four to five days, culminating on the Lunar New Year Day.

Water throwing is the distinguishing feature of this festival, and you’ll find people splashing water at each other almost everywhere in the country.

Thingyan traces its roots back to a Hindu myth. The King of Brahmas called Arsi, lost a wager to the King of Devas, Thagya Min, who decapitated Arsi. Miraculously, the head of an elephant was placed onto Arsi’s body, and he then became Ganesha.

Thagya Min therefore ordained that Ganesha’s head be carried by one princess after another who took turns for a year each. The new year thus has come to signify the this annual change of hands.

The eve of Thingyan is the start of a slew of religious activities. Buddhists are expected to observe the Eight Precepts, which include having only one meal before noon. Alms and offerings are also before monks in their monasteries.

Many locals also check in to the temple for several days of praying and volunteer work in hopes of atoning for their sins. This is the time when Shwedagon Paya is at its busiest, with pious Buddhists streaming in and out for days on end.

The actual day of Thingyan is known as a-kya nei, the day when Thagya Min, the King of Devas, makes his descent to earth from his celestial abode. In most towns and cities, a cannon is fired and people come out with pots of water and pour the water onto the ground with a prayer.

Serious water throwing only begins on this day in most of the country. Traditionally, Thingyan involved the sprinkling of scented water in a silver bowl, a practice that continues to be prevalent in rural areas. The sprinkling of water was intended to metaphorically “wash away” one's sins of the previous year.

In major cities, the silver bowl has been replaced by garden hoses, water balloons, water pistols and even fire hoses. Temporary water-spraying stations, known as pandals, are set up and double as dance floors. Many of these pavilions are sponsored by rich and powerful families and businesses.

Locals, young and old, take to the streets, splashing one another with bucket loads of scented water. On the boulevards, teenagers groove to loud pop music blasting through the amplifiers. Pails of water rain down like a monsoon as everyone basks in laughter, cheers and well wishes.

Thingyan is comparable to other new-year festivities in parts of Asia that practice. Theravada Buddhism — such as the famous Songkran festival in Thailand, the Cambodian new year and the Sinhalese new year in Sri Lanka.

But in comparison to these places, Burma is still relatively under the tourist radar, and thus has less influence from the outside world. Thingyan celebrations here are more traditional and many of the old cultural practices are still very much alive.

Things are set to change, though. Since a new civilian government replaced the military junta in November 2010, political reforms have been taking place and the country has been undergoing many major changes. With the boycott of tourism being lifted, Burma is now welcoming tourists again.

For now, Burma is still on the road to recovery. An air of dusty nostalgia hangs around every corner, locomotives are powerd by engines from the 1960s, while people ride on run-down trucks and water buffalo carriages. Men saunter in longyi, their mouths blood red from chewing on betel nut; women’s faces are painted with thanaka*, a white natural sun protector made from acacia tree bark.

Travelling here is an adventure: there are few ATMs, little Internet access, non-existent phone signals, and a refreshing lack of global brands and hotel chains. For first-time travellers, it can be overwhelming. But once you’ve adjusted to the old-world atmosphere, Burma’s charm is irresistible.

If you’re planning to travel Burma, Thingyan is undoubtedly the best time of the year to visit. Besides the fun-filled activities and the festive atmosphere, you’ll be sure to meet lots of Burmese, who are more than eager to shake your hand and practise English with you. I lost count of the number of times the friendly locals greeted me with, “Welcome to Burma!”

It’s the best introduction to the country anyone could ever ask for.

G Adventures runs a number of departures to Burma encompassing a wide range of departure dates and activities to cater for different tastes. We’re thrilled at the prospect of showing you this big blue planet of ours — check out our small group trips here. 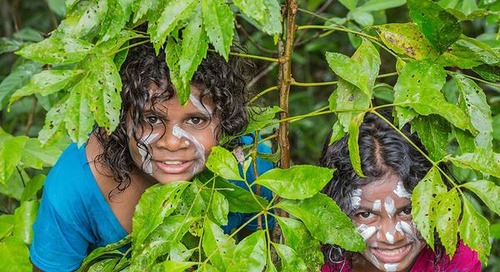 Over the next five years, G Adventures will raise $5 million to establish 50 new community development proj... 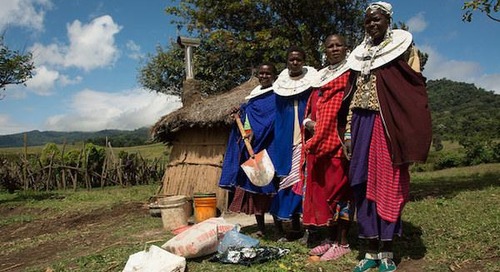 Of all the days to observe throughout the year, one of them we at G Adventures pay very close attention to ...