Home » The Looptail, The Travel Blog Powered By G Adventures » Turn it up: 5 sites to hear the sounds of the world
× Share this Article

Are you over sharing a dance floor with an artificially enhanced gym junkie? Are your legs suffering deep vein thrombosis from an ambitious skinny jean choice for a recent garage band gig? Have you sworn off the bowel clenching nightmares of having to brave a music festival port-a-loo?

If so, you need to take your ears (and dancing shoes) further afield in 2016 to experience the sounds that really move the world. And no, we’re not referring to selfie-central in Coachella, but rather we’re talking about going off the radar to experience some original aural pleasures and learn some new moves…

1. Berlin — Where even the bouncers have their own managers

The night is cold. A light fog rolls off the river. An abandoned mansion that looks like the setting from a bad ’70s horror movie emerges in the distance. The ominous thud of a bass line grows. Inside, a hot mess of students and office workers dance. A smoke machine spews a toxic cloud as minimal techno blares across the room. You’re in a rave in an abandoned riverside mansion, in the wrong part of town, on the word of a stranger you met on the roadside… And Berlin couldn’t be any better.

From unexpected midweek riverside raves, to some of the best nightclubs and electronic dance music festivals in the world, Berlin lives, breathes and shakes its booty to techno. So important is electronic dance music to the city that even the nightclub bouncers have become celebrities in their own right. Standing on the door of Berghain — one of the most infamous nightclubs in the world —every weekend is Sven Marquardt. Sven (who has his own manager) is the bane of many clubbers who try to navigate the one of the world’s strictest nightclub door policies. Berghain has no guest lists, no dress code and no reservations — just the wave of the hand from Sven will see you allowed in.

2. Jamaica and the home of Rasta

While often associated with dreadlocks and funny smelling cigarettes at music festivals, the real story behind the Rastafarian movement can be found in Montego Bay in Jamaica. Rastafarians (also known as Rastas) promote self-determination, self-reliance and the recognition of the country’s African roots. The Rastafari movement has had a huge impact on Jamaica’s music industry, tourism industry, fashion and language. Travellers should seek out a visit to a local Rastafarian indigenous village to get a true insight into the religion and way of life, including drumming lessons, information about indigenous fruits, vegetables and medicinal plants (not that kind of medicinal plant).

Those looking to bliss out to some local reggae tunes on their Rastafarian cultural journey should head to one of Kingston’s most popular casual music spots — Redbones Blues Café. With a wide variety of alcoholic temptations and music regularly played by some of the biggest local reggae producers and no set closing time each night, you’re guaranteed a good time.

3. Sing with your throat in Mongolia

Mongolian throat singing involves producing a fundamental pitch and — simultaneously — one or more pitches over that. While the practice of throat singing can sound like a sheep giving birth in an earthquake, it is one of the most important cultural rituals in Mongolia dating back hundreds of years amongst native herders.

Those visiting Mongolia to hear throat singing rumble off the country’s vast grassy plains should also bunk down for a night in a ger with a nomadic family along the Selenga River. There you can enjoy a traditional Mongolian barbecue, where mutton, marmot and horsemeat dominate the menu. On arrival to the ger you are likely to be presented with a welcome drink of airag. There’s nothing that says bonding the Mongolian way than some pre-dinner throat singing and passing around fermented mare’s milk to get to know your foster family for the evening.

4. Better than the real thing — Glastonbudget in the UK

Musical tribute bands, when done right, capture all of the excitement of their original bands, at a cut-price cost, and come with the added adrenaline rush of seeing a group of people whose obsession with music has led them to the point of professional emulation (if not big hair and ill-fitting pants).

Billed as the world’s biggest annual tribute band event in the world, Glastonbudget is a music festival held in Leicestershire, UK, which showcases some of the best and most loved tribute acts from across Europe (think Pearl Jammer and The Fillers). As the name suggests, Glastonbudget, pitches itself as the anti-corporate, anti-uber-expensive music festival and welcomes music appreciators and families alike. And unlike a lot of UK festivals, Glastonbudget doesn't charge extra for camping with standard-priced tickets. So grab your tent and a can of ’80s industrial strength hairspray, leave your music pretension at home and head to Glastonbudget.

5. The best street party in the world in Rio

No entry fee, no finishing time and no dress code. Sound like the type of place where you’d like to throw some shapes on a makeshift dancefloor? Rio De Janeiro’s infamous street parties, or baixos, might just be the best post-sunset activity to come across.

The best location to loosen your dancing limbs undoubtedly has to be at the Lapa street party. Thousands of people, locals and travellers alike, can be regularly found in the Lapa neighbourhood, moving to the rhythm of samba beats. As the crowds dance through the streets here — which by day draw tourist to its impressive 18th century aqueduct — tents selling barbecued meat and potent caipirinhas are on hand to keep dancers fuelled, nourished and moving to the sounds of the best street party in the world.

G Adventures runs a wide range of tours that cater to the ears of music lovers from around the world. Encompassing a wide range of departure dates and activities, we can’t wait to show you the lesser-known dance floors and the more adventurous side of this wonderful blue planet of ours — check out our small group trips here. 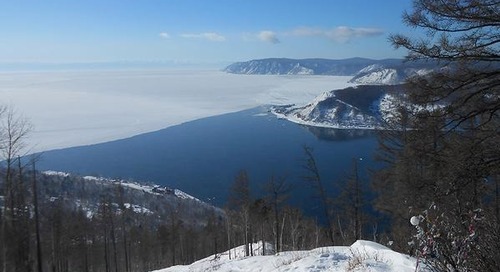 The warm heart of Mother Russia

It's all aboard in the off-season as we take a ride on the Trans-Siberian Railway in wintertime. 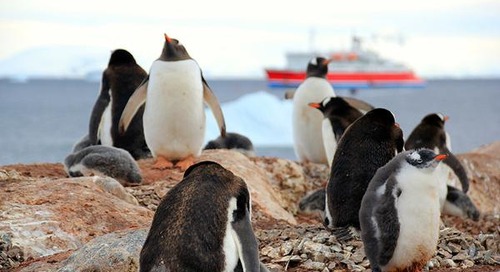 G Adventures’ own Vanessa Mullin goes to the ends of the Earth to trace her family’s history. She tells her...