Home » The Looptail, The Travel Blog Powered By G Adventures » To the South: Following family footsteps to Antarctica
× Share this Article

Prior to going to Antarctica, I only knew bits and pieces of my family history. My ancestors hail from Gaspé, Quebec and Gander, Newfoundland; two places in Canada inherently linked to the sea. My great grandfather Joseph Tripp was a master mariner and whaling captain aboard his vessel, The Admiration. The more digging I did into my family tree, the more curious I became about what life was like and what types of situations my ancestors faced as they travelled for days on the water. While I knew travelling on the G Expedition would be a bit of an upgrade from their experiences, I was keen to get my sea legs. My great grandfather was a man who lived and breathed for the ocean air, and I knew that this was an adventure that I wanted to experience first-hand.

Antarctica is dreamlike. Every few moments the light will change and something once crystal white turns into an electric blue colour, or a deep grey. Staring off into the distance, you notice that you’re on the only ship for miles, and aside from the wildlife, you truly begin to feel alone; to feel as wild as your surroundings. As a child, I remember going to the zoo and looking at the penguins. These tiny, clumsy creatures scoot around getting from “A” to “B” in the least effective way possible; falling over, sliding along the ground and scrambling to get back to their feet. Here, in their natural habitat, it’s inherently the same. But in Antarctica they have no fear of humans as they have no land predators. The young birds, in particular, are so very curious that they will come right up to you, poking at your boots, wondering what on Earth you’re doing so far from home! It feels like you’re living out the pages of a book written by Lewis Carroll — your surroundings are strange and beautiful.

While on board, the Expedition staff double as lecturers, as the majority of them are also experts on the history, geography and wildlife of the region. We learned of such famous explorers as Scott, Amundsen and, of course, the legendary Ernest Shackleton. The more I learned about these wild tales of survival, the more I came to respect the life my great grandfather chose. The vast and undomesticated land, coupled with the days spent at sea with nothing but waves and icebergs on the horizon.

A little bit on the word “cold”

I emerged from the water, and am certain I used up more than my fair share of choice words to describe how it truly cold it was. The air felt surprisingly warm, and the jumper I wore clung to my skin. Goosebumps covered my entire body. My legs shook uncontrollably as I tried to scamper up the rocky beach on Deception Island to find my towel. The Polar Plunge is a right of passage for most who visit either of the poles. My father, an ex-member member of the Canadian Air Force, had done the plunge in the North Pole while serving in Alert, Nunavut. To him, this trip was not only about me learning more about my family, but also about earning the bragging rights of being able to say that my family had been in the waters of both the North and South poles.

For a lot of people Antarctica is more than a bucket-list destination. It’s the unknown, the 7th continent, the last in a long line of adventures, the end of the world. For myself, Antarctica was about tracing my fingers along a map that great grandfather had surely followed, for doing something meaningful not just for myself, but also for my father. I was heading toward the South Pole to get as far as I could from civilization, and as close as I would ever be the origins of some of my favourite family stories.

As I lay in my bunk, the waves outside my window were nearly 8m (26 ft) high. The Drake Passage is considered one of the world’s most dangerous waterway crossings; where rough seas and high winds can make even the most experienced sailors struggle with the rolling of the ship. It’s unnerving to see the power of the water as it surrounds us — and to know how far we are from land. This, though, is another reason I decided to travel south. Up to this point, many of my travels had been to popular tourist destinations. I would visit cities with a finely laid out culture and history; full of museums, galleries, castles or monuments. This is the beauty of Antarctica; despite being on a vessel carrying 134 passengers, it’s easy to catch yourself in a moment where compared to the vastness of the landscape, you feel so small. A rich history painted on what often can be mistaken as a blank canvas — nothing but grey stretching for miles.

What each traveller takes away from their journey to Antarctica will be very different. It’s the subject of interpretation and imagination. The most beautiful part of Antarctica could be considered all of the mysteries it holds, the stories that are buried amongst its rocky shores — each expedition bringing a new understanding of the land, and the wondrous feeling it inspires to those who travel there.

G Adventures runs a number of departures to Antarctica encompassing a wide range of departure dates and activities to cater to different tastes. We’re thrilled at the prospect of showing you this big blue planet of ours — check out our small group trips here. 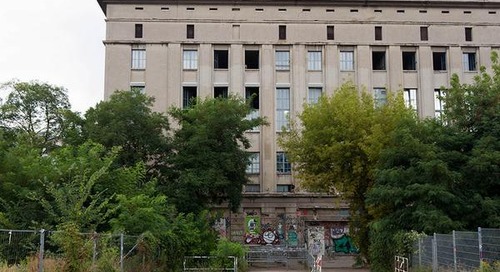 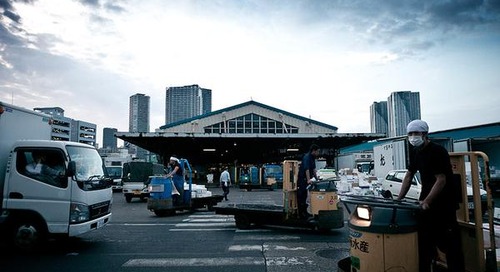 Tokyo’s Famous Tuna Auction: What not to do

Travel blogger Will Tang finds that everything went according to plan – until it didn’t at the Tsukiji Fish...