Any journey through Central America will undoubtedly bring you up close with treasures from ancient civilizations. From the impact that they’ve had on the local culture of today, to the physical ruins left behind, travelling through the region is an eye-opening experience that often leaves you wanting more.

The ruins of Tikal are no such exception. In fact, in a region home to countless temples, pyramids and other wonders, Tikal often stands out above the rest. It is a stunning place, and it represents the historical significance and cultural heritage that Central America so often takes pride in. Any trip to Guatemala would not be complete without a visit to Tikal, and to get you in the mood, here are eight juicy tidbits to tell you why.

1. More than just a temple

People often see pictures of Tikal and assume that it’s just a handful of temples scattered around. That couldn’t be further from the truth! The ruins of Tikal are actually what remains of the ancient city of Tikal. While its main temples soar into the sky and dominate the Tikal skyline, a visit here will lead you through plazas, houses, and shops that were once home to one of the greatest cities in ancient Mayan civilization.

2. Rulers of the Mayan Empire

When it comes to the Mayan Empire, pyramids like Chichén Itzá are often the star of the show. Research has shown, however, that Tikal was likely the capital city of the ancient Mayan Empire. At its height, Tikal was estimated to have a population of more than 100,000 people and was one of — if not the most — powerful kingdoms in the entire Mayan Empire.

A testament to its size and importance in ancient times, Tikal is still under excavation to this day. In fact, archaeologists estimate that only about 10 percent of the ancient city has actually been uncovered. So when walking through the ruins, you’re likely to see remnants of buildings that haven’t yet been uncovered, or are in the process of being uncovered and restored. If you have a sense of adventure and exploration, visiting Tikal is like taking a step back in time and exploring the city along with conquerors of the past.

Tikal is dominated by its five main temples (commonly referred to as Temple I to V). All the temples are “must-sees,” each with a different history, name and meaning from the rest. Make sure to have some sort of guide with you, though, to help you make sense of these rich histories and to understand their relevance. Don’t forget your camera, too, as you won’t find many temples more striking than these ones.

Temple IV is the most famous of the five temples, mainly because there is no better place to catch the sunrise over Tikal than from the top of it. Go for an early wake up in the morning (sometimes as early as 3 AM) to get to Tikal before the sun rises. Lack of sleep aside, this is well worth the sacrifice. Few experiences in my life have been as amazing as walking through the ancient city in the dark, climbing the steps up to the top of the temple and watching the fog lift over the land as the sun began to rise proudly over Tikal.

One of the stunning features of Tikal is the fact that it is concentrated deep in the heart of the Guatemalan jungle. This makes for an even better visual when at the top of Temple IV, but it might also bring you back in time as well. No, not as far as ancient times, but back a few decades to a pretty popular movie. Howler monkeys litter the rainforest and as the sun begins to rise, they begin to howl as loud as they can. If you listen closely enough you might find the sound to be oddly familiar. That’s because the howls of the monkeys were used to voice the sound of the T-Rex in original Jurassic Park movies. Don’t worry, though, there won’t be any dinosaurs to chase you through this rainforest.

Your sense of sound has now been ignited as you sit atop Temple IV, but what about your sense of sight? Once again, you might find yourself being reminded of a popular movie from decades past; the view from the top of Temple IV is the view from one of the scenes in Star Wars Episode IV. For those Star Wars fans out there, you’ll recognize the view from here if you remember the scene where Luke, Han Solo and the rest of their crew land the Millennium Falcon on the moon of Yavin (in order to attack the Death Star).

8. The grandest of them all

Although mostly scattered throughout the rainforest, there are certain sections of Tikal that have had the growth cleared back. Tikal’s Grand Plaza is one such section, and as the heart of ancient Tikal there’s no better place to end off your visit than here. Home to Temples I and II, the Grand Plaza is the perfect place to admire ancient Mayan architecture. And, it’s hard not to admire the effort even more when you realize the wheel wasn’t invented or used during the Mayan period. If you’re looking for some snapshots to remember Tikal by, the Grand Plaza is a must on your adventure across the city.

G Adventures runs a number of departures which visit Tikal encompassing a wide range of departure dates. We’re thrilled at the prospect of showing you this big blue planet of ours — check out our small group trips here. 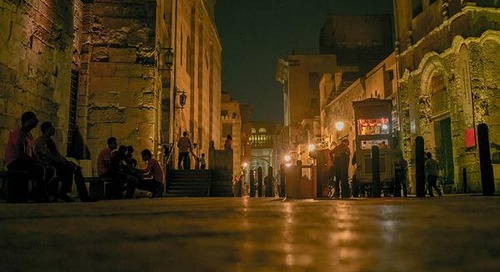 Unexpected Cairo: Out of the Shadows of the Pyramids

You may come to Cairo for the antiquities and monuments, but don’t be surprised if what you fall in love wi... 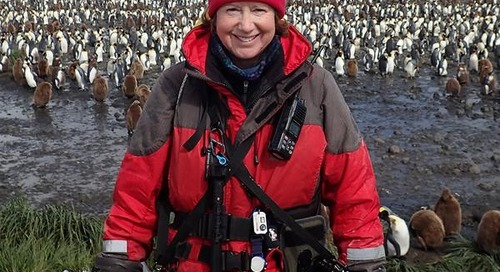 One on One with Polar Photographer Sue Forbes

Photographer Paul Teolis interviews Sue Forbes about working as a Photographer-in-Residence with the G Adve...