Amsterdam, the bicycle capital of Europe, has a hidden secret: Noord, a short ferry ride away from the city, is quickly becoming its coolest new district. A former industrial area, this borough was once just a port with homes for shipbuilders. Today, the old harbour buildings located along the IJ lake have been converted into creative enterprises, like a restaurant made of shipping containers, an old shipyard that’s been converted into a discotheque, and an organic food hub complete with hip new cafés in old warehouses.

Roughly 90,000 people live in Noord, which means “north” in Dutch. As you cross the ferry from Amsterdam’s central station to the port of Noord, a swooping, white architectural masterpiece on the banks of the IJ lake will come into focus. It’s the Eye Film Museum, which shows historic films and features a rotating set of film-themed exhibitions. They organize four shows a year, presenting the latest in mostly indie and art films — meaning this is where cinephiles can see David Cronenberg’s and Federico Fellini’s works on the big screen, as well as abstract light shows by Anthony McCall. The Eye’s restaurant and bar, meanwhile, provides a stunning city view from its patio.

The creative spirit of Noord is pervasive. At NDSM, a cultural centre near the water, local, creative businesses rent office spaces and studios. Nearby is the Kunststad, which is the largest creative studio complex in the city; beyond that, the historic Timmerwerkplaats building is a century old carpentry studio that still houses active woodworkers, who build everything from modern, one-of-a-kind furniture to old-fashioned toys.

Creative types need sustenance, so there are plenty of hip restaurants and cafés in the area, many of which place focus on local procurement and sustainable food practices. Pllek, a restaurant made of shipping containers, is located close to NDSM. Stop by for a locally sourced meal, and stick around for dancing in the event hall, which features a huge disco ball. In the summer, catch a live concert at Pilek's open-air outdoor stage. Steps away is the Noorderlicht Café, which is located in an old botanical garden. There’s also Place du Nord, a French-inspired bistro led by twin chefs Andre and Hans. And for dessert (or a sweet snack), IJssalon IJskoud, a quaint ice cream shop selling homemade, artisan ice cream, is just steps away — it’s set along a cycle path, so two-wheeled travellers can roll right up.

A trip to Amsterdam isn’t complete without an authentic glass of Dutch beer, especially nowadays: more than 200 microbreweries have popped up in the Netherlands over the past decade. BrouwLab, a local brewery co-founded by school buddies Peter Harms and Aart van Bergen, is headquartered in NoordOogst, a business complex in Noord (its name means “northern harvest”).

And because Noord is up and coming, there’s often something new to do. Tolhuistuin, a recently opened cultural centre, has hosted DJs, local rappers, and gospel singers on its outdoor garden pavilion, which is made from recycled materials. On the main floor, there’s a restaurant beside the Solid Ground Movement, which is Amsterdam’s first hip-hop school (in case you want to take a dance class). And in October, writers from around the globe will visit for the two-day Read My World literary festival.

G Adventures runs a number of trips to the Netherlands, encompassing activities in Amsterdam and beyond. We're thrilled at the prospect of showing you more of this big, exciting planet. Check out our small group tours to the Netherlands here. 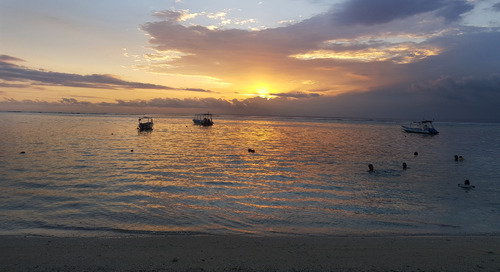 5 reasons you'll leave Bali better off than you were before 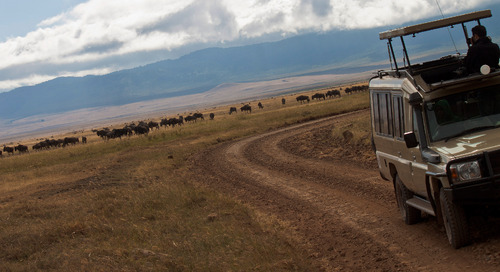 Everything you need to know about the great migration in Africa

Have you heard about the herd? Check out this infographic about the great migration in Africa