In the winter months, the cities, countryside, and coasts of Norway seem as if they were created for a picture-perfect Christmas. Medieval homes, spruce trees, cobblestone streets and boats rocking in the harbour – all covered with a soft white snow.

The Norwegian winter holiday brings traditions old and new, festivities across the country and seasonal food to the table. It is especially celebrated with revelry because it is the highlight of the long, dark, cold Nordic winter. Here are some of the wonderful ways that Norway celebrates Christmas.

The Norwegian word for Christmas,jul predates the Christianization of the country. The holiday officially begins on December 13th, Saint Lucia Day. Norway’s version of the martyr feast day resulted from a blend of pagan and Christian traditions on what was the darkest day of the year. Today it is the cause for school parties and pageants, where children sing in a casual procession, wearing white with a wreath of candles on their heads (although today, you’ll find a wreath of lights — they are kids!).

One of the most charming sights is the gingerbread town in Bergen, which is the world’s largest. The ritual started in 1991, and every year since then the entire town comes together to build it, with businesses, schools, and individuals contributing.

A truly magical Christmas would be the Nordic winter charm topped off with views of the northern lights. Tromsø in northern Norway is one of the best places in the world to see the lights, although many spots above the Arctic Circle also offer prime opportunities, including Sollia, Trøndelag, and Lofoten.

In the quaint wooden-housed town of Røros, a huge Christmas market takes place over a December weekend, selling everything from wooden toys and woolen clothing to reindeer sausage, and cheese. Caroling, music, and horse-drawn or dog-led sleighs provide entertainment. Shoppers can rest and warm up in cafés and outdoor fireplaces with reindeer-pelt rugs — much needed since this remote mountain town is one of the coldest places in Norway.

Tregaarden's Christmas House in Drøbak is Scandinavia's only permanent Christmas shop. It’s located 35km (21 mi) south of Oslo and sells everything holiday-themed from candles and decorations to tablewear. It even has its own post office where visitors can have their cards stamped with an official Christmas postal mark.

Of the many traditional Norwegian holiday foods, baked goods are often at the top of the list; both for taste and indulgence. The lussekatter is one of the most-loved; this spiral or cross bun uses saffron in older recipes, but because of the expense of this high-priced spice, sometimes substitutes such as turmeric or a saffron essence are used.

Julekake, also known as Norwegian Hole Cake, is a special bread made with raisins, cardamom, and candied citrus peel. Cookies are also a major holiday baked good, with at least seven different varieties being popular, including goro, krumkaker, and berlinekrans.

Norwegians approach their big holiday meal with a typically hearty fashion. Ribbe and pinnekjøtt (pork and lamb ribs, respectively) are usually the main dish. Cod is also served in many parts of Norway, as fish is a main staple year round in the seafaring country; and ham and roast turkey are also common on the holiday table.

Of course, like most other countries that celebrate Christmas, the eve of and actual day are the main events. Families open gifts that have been waiting under the tree, and Santa Claus — called Julenisse — makes a visit to the children. Presents are also brought by small mythical gnomes called nisse, and because of this coveted role, you’ll find many of the holiday decorations in Norway centred around the nisse. Small paper baskets made in the shape of a heart called julekurver are ubiquitous tree decorations. The original idea for julekurver is often attributed to Hans Christian Andersen.

One lovely marker of international friendship is the Christmas tree that Norway gives to the United Kingdom each year. The custom began after the Second World War, as a way to say thank you for the assistance that the U.K. extended to Norway during the war. After being selected from the forest, the tree begins its long journey to England where it is placed in London’s Trafalgar Square. The tree is decorated in traditional Norwegian style, and hundreds of people turn up to watch as the mayor switches on the lights. 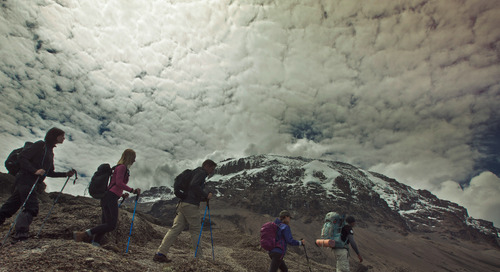 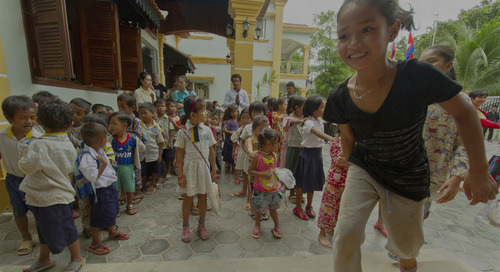 Give. Save. Change the World.

To amplify the positive social impact of our 12 Days of Good celebration, G Adventures will triple all dona...