The region of Umbria is perhaps one of Italy’s best-kept secrets: it’s lesser-known (and lesser-travelled) than the country’s major cities, but with its sweeping vistas, amazing food, and rich history, Umbria is a hidden gem in the Italian countryside. Here, seven reasons to check out the central Italian region.

Like the rest of Italy, the Umbria region has an extensive, storied, fascinating history that dates back centuries. The ancient Roman ruins at Carsulae are some of the most impressive in the country, and feature the ruins of Roman baths, an ancient limestone amphitheatre, and a marble-clad arch that, centuries ago, would have been the entrance to the city.

The Umbrian School was a style of painting developed in the Umbria region during the 15th century (among its notable adherents was the famed Renaissance painter Raphael). The National Gallery of Umbria, which is housed in the Palazzio dei Priori in the medieval town of Perugia, features a collection that focuses on this style of work, and includes Renaissance pieces by such masters as Piero della Francesca.

Umbrian cuisine is hearty, rustic and straightforward, and the dishes you’ll find depend largely on what time of year you visit, as home cooks and chefs alike allow their menus to be dictated by seasonality — though, no matter what's being prepared, there's always amazing, local olive oil involved. The region is landlocked, so you won’t find much seafood; instead, hearty soups packed with vegetables, grains such as faro and, in the fall, chestnuts are common, as are roast meats (including wild game), Pecorino cheese, DOP prosciutto, and dried beans and legumes, including lentils, for which the region is famous. Umbria is also famous for its truffles — it produces more of the decadent, black mushrooms than any other region in Italy.

You can’t have a good Italian meal without a bottle of good Italian wine. Umbria’s wine may be lesser known than some of Italy’s trademark wines — such as Chianti, Barolo, or Amarone — but it’s no less sophisticated and delicious. Wine production has been ramped up over the past 30 years, and there are now dozens of grape varietals being cultivated in the area. For a thorough rundown of Umbrian wines, including flavour profiles and producers to try, check out this article from Wine Enthusiast.

In recent years, Umbria’s local growers and producers have focused increasingly on sustainability initiatives. The 40-hectare (99 acre) farm of Monestevole, which hosts our Local Living Umbria tour, utilizes solar and wind power inside its living quarters and farmhouse, captures rainwater for crops, and has begun to mix used cooking oil with diesel to power its tractors and cars.

Umbria is dotted with scenic lakes, rolling hills, vineyards, and olive groves — the perfect landscape for a leisurely stroll, bike ride, or outdoor yoga class. Umbria is called “the green heart of Italy” — it’s the only Italian region that’s entirely landlocked — and nature lovers will appreciate its fields full of wildflowers in spring, while animal lovers may want to check out one of the area’s many nature reserves to spot porcupines or wild birds. Umbria is also home to the Cascate delle Marmore, the largest man-made waterfall in Europe, which was constructed by the Romans.

Umbria is home to one of Italy’s most famous basilicas: the Basilica of Saint Francis of Assisi. The 11th century church, which was designated a UNESCO World Heritage site in 2000, is a monument to Italy’s patron saint, and is suitably ornate, featuring sweeping frescoes, elaborate stained glass, and breathtaking architectural flourishes that defy description and are best experienced in person.

G Adventures’ Local Living Umbria tour highlights the best of Umbria, from local food and amazing scenery to hands-on cooking lessons and a chance to visit some of the area’s most famous landmarks. We’re excited at the chance to show you this amazing region in Italy — check out our Local Living Umbria itinerary here. 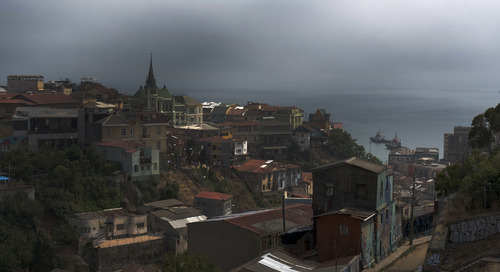 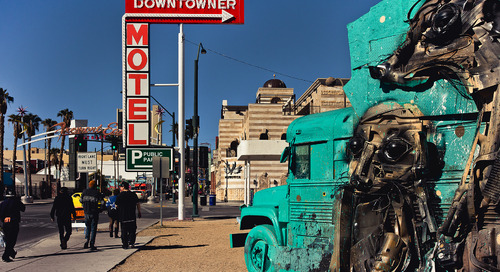 Vegas has galleries, bars, and restaurants without a slot machine in sight. But to find them, you have to v...