Home » The Looptail, The Travel Blog Powered By G Adventures » Do you really know the Great Wall of China?
× Share this Article

In the 1920s, an idle National Geographic journalist mused that the Great Wall of China was so massive that it would surely be the only man-made object visible from space. So attractive was the idea, and so distant seemed the idea of space travel, that a myth was born that has lasted almost a century.

Walls have a long history in China. When the country was a patchwork of warring mini-states more than 2,200 years ago, fortified walls were erected to keep rivals apart. After the emperor Qin Shi Huang (he of Terracotta Army fame) finally unified the country, he removed them, but then raised the idea of a new wall to keep the northern border safe from the predations of nomadic tribes, linking a series of forts and garrison towns to protect his people.

This proto-wall was mainly a broken series of large earthworks, but it set the template for future walls. It wasn't just a defensive barrier either. The northern nomads often wanted trade as well as raid, and erecting a wall allowed the Chinese to control people and tax goods coming into the kingdom. It was a system that worked well until the rise of the Mongols under Genghis Khan. The great leader wasn't going to let any pesky wall get in the way of his world-conquering ambition, and China crumbled before the hooves of his armies.

It was the Han Dynasty, which arose from the ashes of Mongol rule that decided to rebuild the wall to make China great again. The Great Wall as we think of it today is a project of their endeavours. It was a budget-busting enterprise that by the middle of the 16th century was consuming nearly three-quarters of government revenues and employing hundreds of thousands of labourers.

The workers didn't all build in one unbroken line. The Great Wall was never one single construction but a series of shorter walls dashed across the vulnerable parts of the border. Earthworks were still used in some place, but the grandest sections were built of brick on strong stone foundations, and in-filled with rubble. Incredibly, the mortar that held it together was strengthened by the addition of sticky rice. In some places the walls were wide enough to ride cavalry along, but the farther west you get the wall turns in to just that — a simple narrow barrier.

The finished walls ultimately stretched for over 13,000 miles. Ironically, almost as soon as they reached completion they fell into disuse. The Manchu Dynasty who succeeded the Han in the late 17th century immediately set about expanding the borders of China, rendering most of the Great Wall obsolete.

Around 5,000 miles of wall still remain today. The remainder was lost through neglect, erosion and demolition, not least during the Cultural Revolution when peasants were encouraged to remove bricks for house-building.

But can the wall really be seen from space? When the first astronauts were sent into orbit, they had to confess that the legend was more attractive than the truth. While its scope is monumental, its narrow width and construction from earth-coloured materials make it imperceptible from orbit. But for visitors to China today, the Great Wall is plenty spectacular when seen from the ground up.

Want to see the Great Wall of China for yourself? G Adventures can get you there. Check out our small group tours to China here. 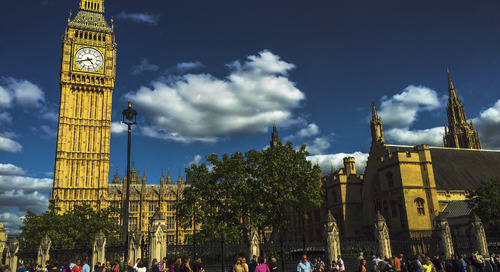 10 cheap and cheerful places to eat in London

London can be pricey, but there's no need to break the bank on tasty meals 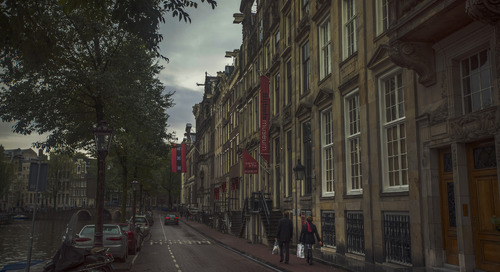 When direct translation simply won't do