Home » The Looptail, The Travel Blog Powered By G Adventures » From Matisse to the Rolling Stones: Tangier's artsy, gritty history
× Share this Article

Most of Morocco's cities have storied histories, but few have carried such a libertine reputation as the ancient port of Tangier

Tangier is a great city for myths. Classical mythology has it as the home of the Pillars of Hercules that marked the end of the known world, beyond which lay the sunken city of Atlantis. It guards the narrow straits between Africa and Europe, and possibly its most unusual moment resulted from the close links between the two continents.

When the European powers were carving Africa up into colonies, the strategic importance of Tangier made it a case for special treatment, and the city was turned into a free port. Morocco could only look on as Britain, France, America and a host of other countries grabbed a seat on the council that ruled the Tangier and took a rich slice of its income. Even Sweden had a piece of the action.

During the war, Tangier was a hotbed of international intrigue. Allied and Axis spies ran networks against each other here, and then mingled over evening cocktails. Visitors today can check out one of their old haunts, Caid's Bar at the Minzah Hotel, which was allegedly the original model for Rick's Bar in the movie Casablanca.

The party really got started in the 1950s, when Tangier became a den for artists and writers attracted by the city's "anything goes" atmosphere. Grab a coffee and pastry at the art deco Gran Café de Paris on Place de France, a once popular literary salon, where you can imagine yourself eavesdropping on Truman Capote and Tennessee Williams, or long-term Tangier resident Paul Bowles, author of The Sheltering Sky. From here you can stroll up to the recently restored Grand Hôtel Villa de France, where the painter Matisse took up residence. His favourite room (number 35) is still kept as it was in his day, though the current owners have at least added modern plumbing.

If the high arts don't take your fancy, plunge into the medina to look for something a little grittier. Tourists sip mint tea at the cafes the line the square of Petit Socco, but 50 years ago it was a favourite hang-out of William Burroughs, who lurked here to score hard drugs and cheap sex, before trundling down the hill to the Muniria Hotel (still in business) where he banged out his surreal masterpiece The Naked Lunch, transmuting Tangier's seedy International Zone into the even seedier fictional Interzone. Beat writers Allen Ginsberg and Jack Kerouac both visited Burroughs while he lived here, and in the evenings you can chase down their ghosts over drinks at Le Tangerine bar, one of their favourite drinking spots and now a hangout out for local hipsters.

Compared to Tangier, one writer commented in 1950, "Sodom was a church picnic and Gomorrah a convention of Girl Scouts." There was a moral clampdown when Tangier finally became part of Morocco in 1956, but its allure still held a fascination for many foreigners, from the stylish party hosts of the international jet set to gay Britons in the time before homosexuality was decriminalized. The Rolling Stones were fans, and the band's cofounder Brian Jones was a regular visitor, coming here to record the trance rhythms of traditional Moroccan music.

The party finally ended in the 1960s, when the "Great Scandal" saw a crackdown on brothels and the gay scene, and the expulsion or arrest of many foreigners. The sale of alcohol was banned in the medina and Moroccan social mores finally began to hold sway in Tangier. It was part of their country after all.

Tangier today very much looks to the future, with one of the largest and most modern ports in Africa and a high-speed train line to Casablanca under construction, but if you look under the covers, traces of its recent libertine past are still there to be discovered.

Ready to check out Tangier? G Adventures can get you there. Take a look at our small group tours to Morocco here. 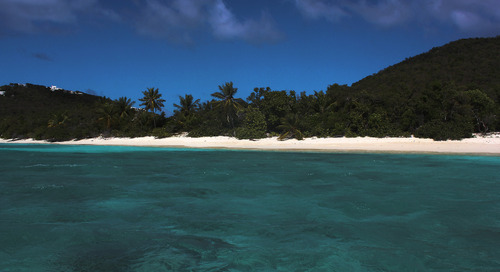 5 reasons to travel to the British Virgin Islands now

The islands are as hospitable as ever 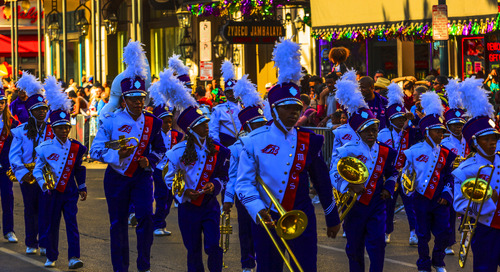 Here's what goes into New Orleans' biggest party of the year