Home » The Looptail, The Travel Blog Powered By G Adventures » Royal Wedding fever? Here's what to see in Berkshire (if you weren't invited to Harry and Meghan's party)
× Share this Article

Royal Wedding fever? Here's what to see in Berkshire (if you weren't invited to Harry and Meghan's party)

On May 19, two people will marry each other while the whole world watches. In case your invitation to Prince Harry of Wales and Meghan Markle’s big day in Windsor has gotten lost, here’s what to do if you'd be keen to plan your own nuptials-free trip to Berkshire (which is just an hour and a half's drive from London):

If it weren’t for its namesake college, Eton would most likely be lost among Berkshire's flurry of wonderfully pretty but overall anonymous British villages. But being home to “the most famous public school in the world” — having educated people such as explorer Sir Humphrey Gilbert, economist John Maynard Keynes, many U.K. Prime Ministers as well as the two current Princes — gives Eton the air of Windsor’s distinguished little sister. Immediately to the north of River Thames, it's a charming little community with only one high street — but what a high street it is, lined with first-rate restaurant Côte Brasserie, art galleries and antique shops piled high with curiosities and rarities. Make sure you also explore Eton Walkway, a three-kilometre circular walk connecting 18 points of interest, starting at Windsor Bridge and celebrating Eton’s rich heritage throughout. windsor.gov.uk/eton

Sir Christopher Wren’s cluster of structures are scattered around the Thames’ riverbank, overlooking Eton’s spires on the other side of the water. As far as Windsor hotel locations go, it doesn’t get any better than this: right outside the front door awaits Windsor Bridge, which leads to Eton, and it only takes a few minutes to stroll to pedestrian Peascod Street and Windsor Castle. There are good reasons to spend time within the hotel, too, including the outdoor hot tub, spa, and well-preserved drawing rooms and salons. Hotel restaurant The Brasserie is decent, but I recommend walking over to The Boatman. It’s one of Windsor’s oldest pubs, and serves an Eton Mess (the traditional English dessert consisting of strawberries, broken meringue and whipped double cream) so mighty it’s become legendary. sirchristopherwren.co.uk

Lovers of the great outdoors, this one is for you! These days, ginormous Windsor Great Park (2,020 hectares / 5,000 acres) is open to the public, but for hundreds and hundreds of years it was Windsor Castle’s private hunting grounds — and that royal connection is still strong, with each twisting pathway promising a journey through England’s history. You’ll also feel some of that visiting magnificent Coworth Park on the Great Park’s outskirts. This hotel, with its own expansive land, offers guests a veritable smorgasbord of activities: tennis, golf, boating, hiking, running, polo, and riding, in wilderness-like surroundings. It’s hard to believe London is only an hour away! Coworth Park is also home to Berkshire’s fanciest spa with treatments that feel unquestionably British (think: an English Rose Body Wrap). dorchestercollection.com

If walls could talk, Cliveden House would spill the beans on 350 years of opulence. The original residence was built in 1666 by the Duke of Buckingham as a gift for his mistress, the Countess of Shrewsbury, to be used for entertainment and as a hunting lodge. Through the centuries, Cliveden has been home to earls, viscounts and for a while a prince; it's a glittering hub of society that became especially famous for its lavish — some might even say debauched — hospitality during the first half of the 1900s, while Nancy and Waldorf Astor occupied it. Through the majestic front doors everyone from Churchill and Chaplin, Roosevelt and Henry James have set foot. It was in its garden where John Profumo, the U.K. Secretary of State for War, first laid eyes upon showgirl Christine Keeler in 1961, leading to an affair that shook the British political establishment. Lord Astor gave Cliveden to the National Trust, which still owns it, but leases it as a five-star hotel. Visit its 376-acre grounds, which run down to the Thames, or sit down for Afternoon Tea in the old library overlooking a stunning 19th-century parterre. clivedenhouse.co.uk

“I wish I had some inside information to give you about the wedding!” Amanda Bryett laughs. But she does look a bit worried that she can’t. We’re standing outside St George’s Chapel, the place of worship at Windsor Castle established in the 14th century by King Edward III, which has been the location of several royal ceremonies, burials and weddings — and will be the setting of Prince Harry of Wales’s bash with Meghan Markle. And Amanda Bryett is well known in Windsor as the town’s most well informed cicerone. But the love life of dignities is actually not our main concern, we’ve asked her to guide us around because of her vast historical knowledge. She delves into that in the blazing morning sun, sharing insightful anecdotes spanning whole eras. Four hours later I know where the Queen goes for her morning horseback riding, where Shakespeare wrote The Merry Wives of Windsor and where Florence Gibb led the suffragettes. She’s even helped us book a dinner table at Windsor’s oldest pub, The Two Brewers. Better than any nuptial gossip, in my book! windsortouristguides.co.uk

In 1974, culinary maestro Alain Roux’s restaurant, The Waterside Inn, received its first Michelin star. By 1985, it had three. It’s stayed that way ever since, making petite village Bray worthy of a special journey. After another cooking genius, Heston Blumenthal, decided to come here too, this little nook of Berkshire has become one of Britain’s foremost gastro-destinations. Heston Blumenthal’s most famous Bray establishment, the three-starred Fat Duck, serves up a fantastical tasting-menu journey of almost 20 different plates. For something more laid-back, head over to his incredibly pretty one-starred tavern, The Hind’s Head, next door. hindsheadbray.com/

Speaking of Heston Blumenthal: It wasn’t his two Michelin kitchens that dubbed him “The Baron of Bray,” but his acquisition of traditional pub The Crown. You’ll find no glittering French fare here, but you should arrive hungry; it is, after all, a Heston pub, and Chef Matt Larcombe can cook a stone bass to pure perfection. For a pub, The Crown’s also got an unusually long wine list. But the true draw is its down-to-earth countryside charm. The ceiling, lined with thick wooden beams, is as low as the atmosphere is warm. As if all of us, locals and travellers alike, have come together to hang out, sparring like family over cold pints. thecrownatbray.com

Want to see Berkshire for yourself? G Adventures can't get you there — but we'll bring you close. Check out our small group tours to the United Kingdom here. 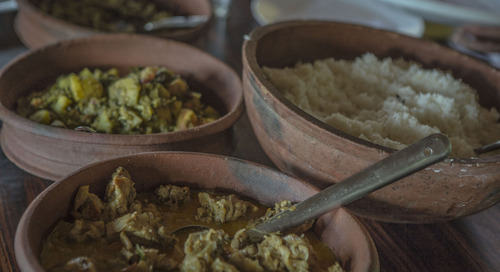 How to prevent 'Delhi Belly' 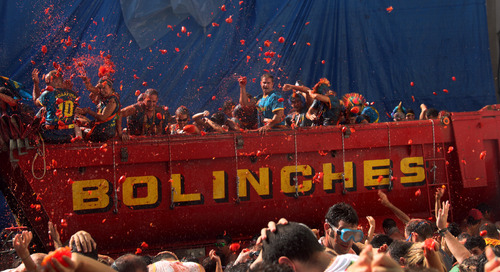