Home » The Looptail, The Travel Blog Powered By G Adventures » What’s really going on with the Great Barrier Reef?
× Share this Article

Driving on the wrong side of the road is a common mishap on foreign holidays, but when it comes to snorkelling in a marine metropolis, no highway codes apply: Swirling like a tornado, a shoal of giant trevally (a type of fish) speed past in the fast lane, while wiser, more mature loggerhead turtles take it easy at a leisurely pace.

It’s always rush hour on Australia’s Great Barrier Reef, and there’s a good reason for the abundance of wildlife: a forest of coral.

Stretching 2,300 km (1,430 mi), the Great Barrier Reef is the earth’s largest living organism, visible even from space. But we probably know more about Mars than we do about the dynamics of this forest on the ocean floor. One thing, however, we know for certain is that the reef is in danger, and this is no time for sitting in the slow lane in regards to its conservation.

So what’s the story?

Earlier this year, scientists controversially declared up to 90 per cent of the reef might have been destroyed due to mass coral bleaching. The BBC natural history film team, who were on location in Lizard Island filming David Attenborough’s Blue Planet II series from 2014-2016, also observed the largest die-off of corals since records began.

How did it happen?

Rising water temperature — the result of climate change — was the main culprit. A sustained period of warmed water caused corals to expel their photosynthetic organisms, leaving them colour-drained and brittle — the phenomenon known as bleaching. Add to that El Nino, cyclones and an increase in toxic plastic waste, and the effects were devastating.

Is it game over?

The scientific community is divided. Some take the fatalist view that the end is worryingly in sight, while others put more faith in nature’s power to survive and suggest the reef might just look a little different. Earlier this year, UNESCO chose not to put Australia’s headline tourist attraction on their list of world heritage sites in danger, and work is underway to repair damage done.

Is there any hope?

Certainly. Every year, coral spawn and regenerate and observations suggest 2017’s recent event has been especially successful. Several scientists are also working on innovative projects at the Heron Island Research Centre in the southern reef: Professor Peter Harrison hopes to funnel spawning to affected reefs, and Professor Bernard Degnan wants to control crown of thorns starfish (a potential threat to reefs) by replicating a natural pheromone to lure them in.

More than you can imagine. Vast areas of the reef are still pristine, especially in the southern reef, where the water is much cooler and islands such as Heron and Lady Elliott are sheltered from wave-churning storms. Despite the challenges, the Great Barrier Reef is still one of the world’s greatest wonders and we have to do everything in our power to protect it.

What can we do to help?

Wherever we live in the world, our actions have an impact on the oceans: using less plastic, reducing fuel consumption and cutting down on waste will all be beneficial. You can also join the new Citizens of the Great Barrier Reef initiative to raise awareness of the reef’s plight, because, as Sir David Attenborough points out, the world’s reefs could “be gone within decades and that would be a global catastrophe."

Interested in seeing the Great Barrier Reef in person? G Adventures can get you there. Check out our small group tours to Australia here. 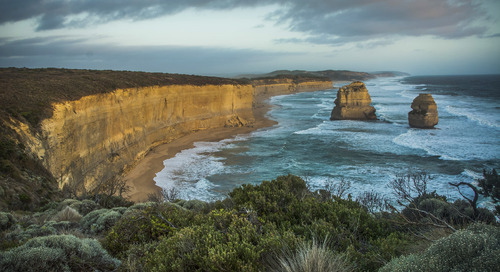 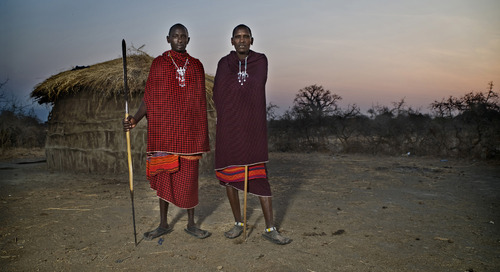 An introduction to the Berbers, Maasai, and Mongols